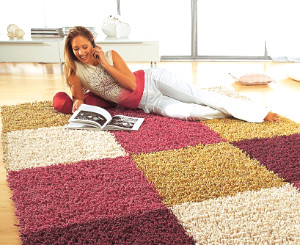 Call now and take advantage of our Carpet Cleaning service! The special technicians are well equipped and experienced and will clean your carpets without removing them from your house. Many clients using our services have tried this one too and have given us almost 99% positive feedback! Just contact us and you will receive a special offer regardless your location in West London. We are waiting for you.

Do you take pride in your treasured carpets? Do you preserve them with all the care and love they deserve? If so, you know that cleaning performed by experts using carefully selected eco-friendly products and special machines is the best way of maintaining their proper condition and extending their live. Our Carpet Cleaning service is a must for every carpet-treasurer in West London. There is a reason our clients recommend our services to their friends – we are not only economical but also professional and that is hard to find. Call now and get your free offer. Take care of your carpets now!

West London comprises of the areas under W postcode or Western & Paddington postcode. The entire region is also known as London W postcode area and is an assemblage of postcode districts partially in central and west London. The area is originally constituted of W1 and W2-14 (for Western and Paddington respectively) districts of London postal district.

Original and single W1 postal district comprises the western district. The area included within W1 postal district is going through high density of development, as result of which several smaller postcode districts have been made by subdividing the original area. The entire W1 is classified as single district even for other purposes such as street signs, maps and geographic references. References to these sub-districts were included in postal addresses when the area was re-coded in 2000. Thus, addition of characters M, N, P, R, V, X and Y as suffixes to postcode W1 eliminated the need to mention those areas in postal addresses.

Rathbone Place Office maintains and manages deliveries for W1, WC1 and WC2 areas. Rathbone Place Office used to be a London Post Office Railway stop until 2003, when the latter was discontinued. Western District Office on Wimpole Street was another stop on the railway. Paddington district or W2-14 consists of 13 postcode districts. The arrangement of district is in alphabetic order starting from Acten, which is W3, to West Kensington, which is W14, and thus proceeds westwards. Almost entire W1 lies within City of Westminster.