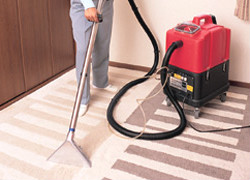 No doubt your chores have reached their limit already. Why add to them instead of using some help and freeing time for yourself, your family or job? Our company offers its excellent Carpet Cleaning services regardless of your location in South West London and your time schedule – we are available even on short notice 24/7 and will clean your rugs on site so that you don’t have to remove anything from your home. We offer all kinds of convenient methods for payment and are flexible and positive about our work. Contact us now and get your free quotation!

Our company offers its years of experience in the area of carpet cleaning at your disposal all around South West London. We are flexible and ambitious and take our job personally. We rely on your positive feedback and believe that your recommendation to your friends and family is more important than any paid advertisement. Therefore you can rest assured that the results of our job will be satisfying for you and not for us only. We accept variable methods of payment and work weekends, too! Call now for a free estimate.

Greater London has 5 sub-regions under London Plan, which has been altered as few times since its formulation in 2004. The amendment made to the plan in 2004 defined a region as South West London, which was comprised of London boroughs of Croydon, Lambeth, Richmond, Wandsworth, Kingston, Merton and Sutton. The plan was edited again in 2011 and as a result of it South West London, South East London and North East London were discarded. The formation of Central, North, South, East and West was restored with certain inclusions into and exclusions from Central London.

South West is also the name of a constituency in London Assembly. It was formed in 2000 and covers the areas of London boroughs of Hounslow and Richmond upon Thames and Kingston upon Thames Royal borough.